You rarely pull a gun to start a conversation, but when I recently told an in-law that I was writing about Glock pistols, he improvised a research project. Reaching beneath his jacket, he quickly unholstered, unloaded and handed me his Glock 9 millimeter — this was in Kentucky, land of permissive ­concealed-carry laws. “I always carry this, and I always will,” he said before giving me a primer that could have been used in a promotional video for both the pistol and “Glock: The Rise of America’s Gun,” Paul M. Barrett’s engaging if uneven history of the most famous handgun in contemporary America.

The Glock is everywhere, in innumerable TV shows and movies, strapped to most law enforcement personnel, name-dropped in hip-hop songs. The no-­firearms sign posted at airports features the distinctive, squat Glock silhouette. As Barrett writes, the Glock is “the Google of modern civilian handguns: the pioneer brand that defines its product category.” Barrett argues that the Glock achieved such market penetration and cultural cachet as much because of timing and marketing as any native characteristic of the gun. Barrett’s argument isn’t unique — what business thrives without luck and opportunism? — yet on balance “Glock” offers an instructive examination of American weapons fetishism. 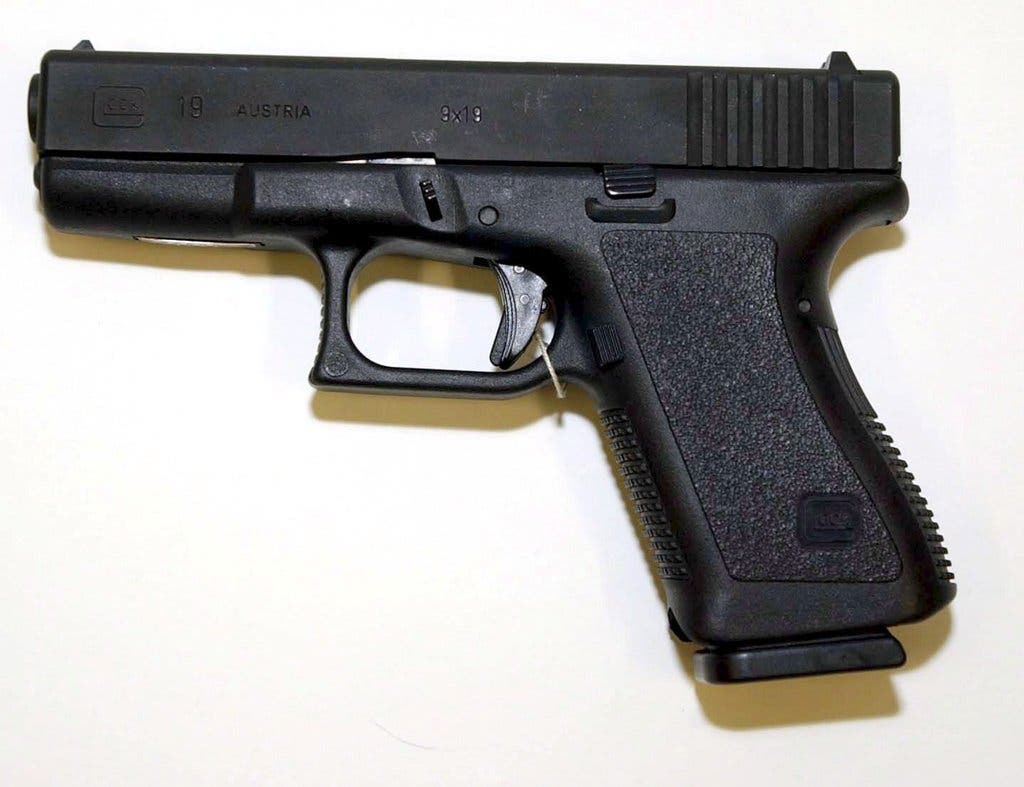 Created in 1982 by Gaston Glock, an Austrian curtain-rod manufacturer, the Glock arrived stateside during the 1980s crime epidemic. Through gun buybacks, discounts and Glock-sponsored junkets to strip clubs, the company seduced many law enforcement agencies into trading their obsolescent service revolvers for semiautomatic Glocks. Troubled by some of the gun’s innovative features — for instance, the Glock lacks an external safety mechanism; its “trigger safety” is released by merely pulling the trigger, a rarity with semiautomatics and the cause of many self-inflicted gunshot wounds among police officers who recklessly drew their new weapons — Congress convened hearings on the Glock, and several municipalities banned the gun. Through these simultaneous developments, Barrett writes, the gun “inherited all aspects of the American firearm heritage: It was seen as an instrument of law and security, but also menace, danger and fear.” Americans’ desire for a certain gun is elementary: if cops use a gun or if a weapon’s availability is threatened, people demand the gun.

In these sections, Barrett, an assistant managing editor at Bloomberg Business­week and the author of “American Islam,” flexes impressive knowledge of criminal and weapons history in the United States as well as of Glock’s business practices. Gun manufacturers like Glock, Barrett writes, found the assault weapons ban of the 1990s “laughably easy to evade,” and Glock, according to the author, created shell companies to shield revenue from the I.R.S. Meanwhile, the company’s marketing team used the Glock’s infamy and aggressive appearance to inaugurate the pistol’s Hollywood career. The Glock showed up in “Die Hard 2” (1990), one of many supporting roles, solidifying its marquee profile.

“Glock” is weaker when Barrett moves away from the lawyers, guns and money and explores “Glock culture.” He participates in a marksmanship competition with a couple of wry “Glock­meisters” (“You can run, but you’ll just die tired”), and he quotes an Internet Glock forum as evidence of militancy among Glock ­users. Slack and underreported, these sections feel aimless — they add flavor, not substance. Americans’ brand devotion runs deep, but the book doesn’t support Barrett’s assertion of a Glock subculture different from, say, a Smith & Wesson subculture.

In subtler moments, Barrett distills and dismisses the signature arguments from both sides of the Second Amendment debate. For example, statistically speaking, the assault weapons ban didn’t reduce gun violence; likewise, the expiration of the ban didn’t elevate levels. An evenhanded statement that will dissatisfy one side of the gun debate, but a statement that makes sense given a major premise of the book: Over the past two decades the Glock has been cast as a boogeyman, but as Barrett suggests, firearms “do not have inherent moral qualities.” The same can’t always be said of firearms ­manufacturers.